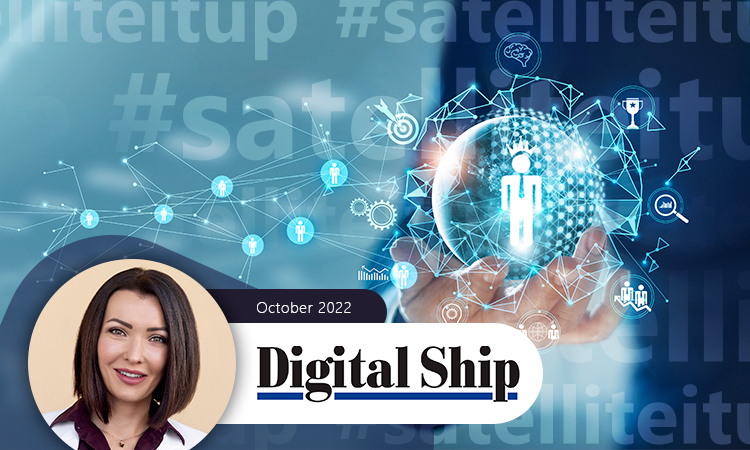 Digitalisation makes seafaring more attractive for the next generation of workers

Satellite communications have become central to the provision of crew welfare. The Maritime Labour Convention declared internet connectivity at sea to be a mandatory requirement and the International Transport Workers Federation has described crew comms as “a human right”. With a crew shortage predicted by 2026, the maritime sector is emphasising new working practices to make an ‘office at sea’ attractive to the new generation of seafarers. Large vessels now routinely install VSAT systems onboard for both an operational competitive advantage as well as the provision of straightforward crew communications. IEC Telecom has developed a range of connectivity solutions optimised for low bandwidth environments which can operate effectively via L-band. So now, whatever the size and type of the vessel, it can facilitate crew communications and business continuity. In addition to meeting the new mandates, competition is ripe to recruit seafarers who expect connectivity at sea. “Digital connectivity makes crew feel more valued while digital skills help them develop their careers. With strong competition for crew today, these are important factors in retaining the best seafarers,” says Daria Boiko, Director of Distribution Channels, IEC Telecom Group. Read more about optimised solutions for crew communications in the article below. 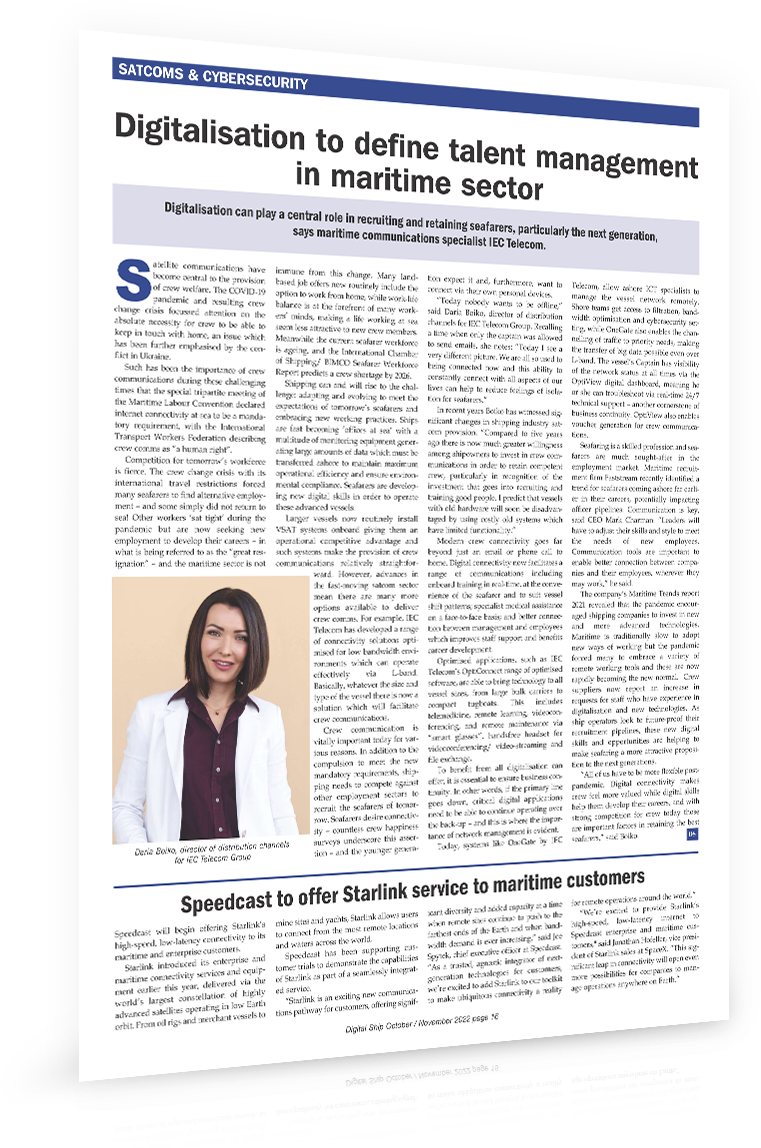