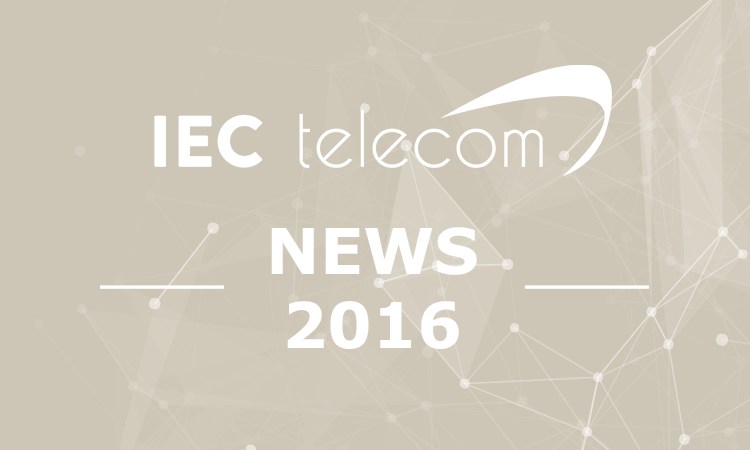 In anticipation of its new satellite launch, Yahsat to discuss potential strengthening of existing service partnership with IEC Telecom Group in additional markets.

The launch of Al Yah 3 in Q1 of 2017 will see the entry of the company’s satellite broadband product, YahClick, into 18 new African markets; almost tripling its existing presence across the continent.

Commenting on the MoU, David Murphy, Yahsat’s Chief Commercial Officer, said: “We are pleased to be in discussions with IEC Telecom on developing our current relationship and strengthening our presence in Africa. We will look at potential ways to build on our long and valued history with IEC Telecom, which dates back to the pre-launch of our second satellite, Y1B in 2012. We look forward to sharing the same success we have garnered in the 8 African countries we currently serve.”

Murphy added: “With investment, trade and industry set to continue to grow in Africa, having access to the internet and the potential for reliable, broadband connectivity via satellite is high. Building on our existing partnership would ensure YahClick delivers on its promise to have an unmatched service area and provides constant connectivity to aid the socio-economic development of the region.”

IEC Telecom is one of the world’s leading mobile and fixed satellite communications service providers and the MoU will explore ways for it to offer YahClick broadband products, services and value-added solutions to support the satellite operator’s increased coverage across Africa.
“The possibility to add 18 additional markets, which Al Yah 3 will cover, would enhance and strengthen the IEC Telecom Group portfolio in the professional Ka-band VSAT marketplace,” said Erwan Emilian, IEC Telecom Group’s CEO. “With Yahsat, we would be able to continue meeting our goal of providing our Enterprise, Government, Humanitarian, O&G, Mining, Education and Health African customers, with enhanced Ka-band HTS connectivity backed by an unmatched network reliability and consolidated by our added-value services.”

IEC Telecom Group Customers would benefit from the high-performance and excellent look angles for Africa offered by Al Yah 3. With the uplink based in Athens, and Luxembourg, customers would be able to land their traffic directly into Europe, Middle East and Africa, taking advantage of high-speed interconnection throughout these regions. Further, Yahsat and IEC Telecom’s excellent standards of infrastructure and advanced data security gateway would ensure the highest levels of security for customers’ sensitive data.
Yahsat’s Africa expansion is enabled by the launch of the company’s third satellite, Al Yah 3, due to enter service in early 2017. This will strengthen the company’s services in 8 existing markets and entry into an additional 18 African countries, covering 60% of Africa’s population.